The Nakajima Park (Nakajima Koen) is one of the most beautiful in Sapporo, it is located near the Susukino area and there is a metro station with the same name (Nanboku Line) which is only three stops away from the Sapporo central station (Nakajima-Susukino-Oodori-Sapporo). It is a park that also has a sports center, an amphitheater and even a literature museum.

It seems that winter in this year of 2019 has been over sooner than expected and the snow mountains that were accumulating throughout the park are disappearing. One can even sit on a bench that although still surrounded by snow allows the walker to enjoy the last rays of the sunset after a long walk.

Although for the inhabitants of Sapporo they would say that “is a beautiful day and it is already heating up”, we are still a little over 5 degrees. You can breathe pure, clean air and you also feel a little the arrival of spring. In Nakajima Park, which has a spectacular lake in the center, you can see people taking advantage to make the last snowmen of this 2019 nothing comparable, of course, with the colossal white figures exhibited at the Yuki Matsuri or festival of the Sapporo snow. 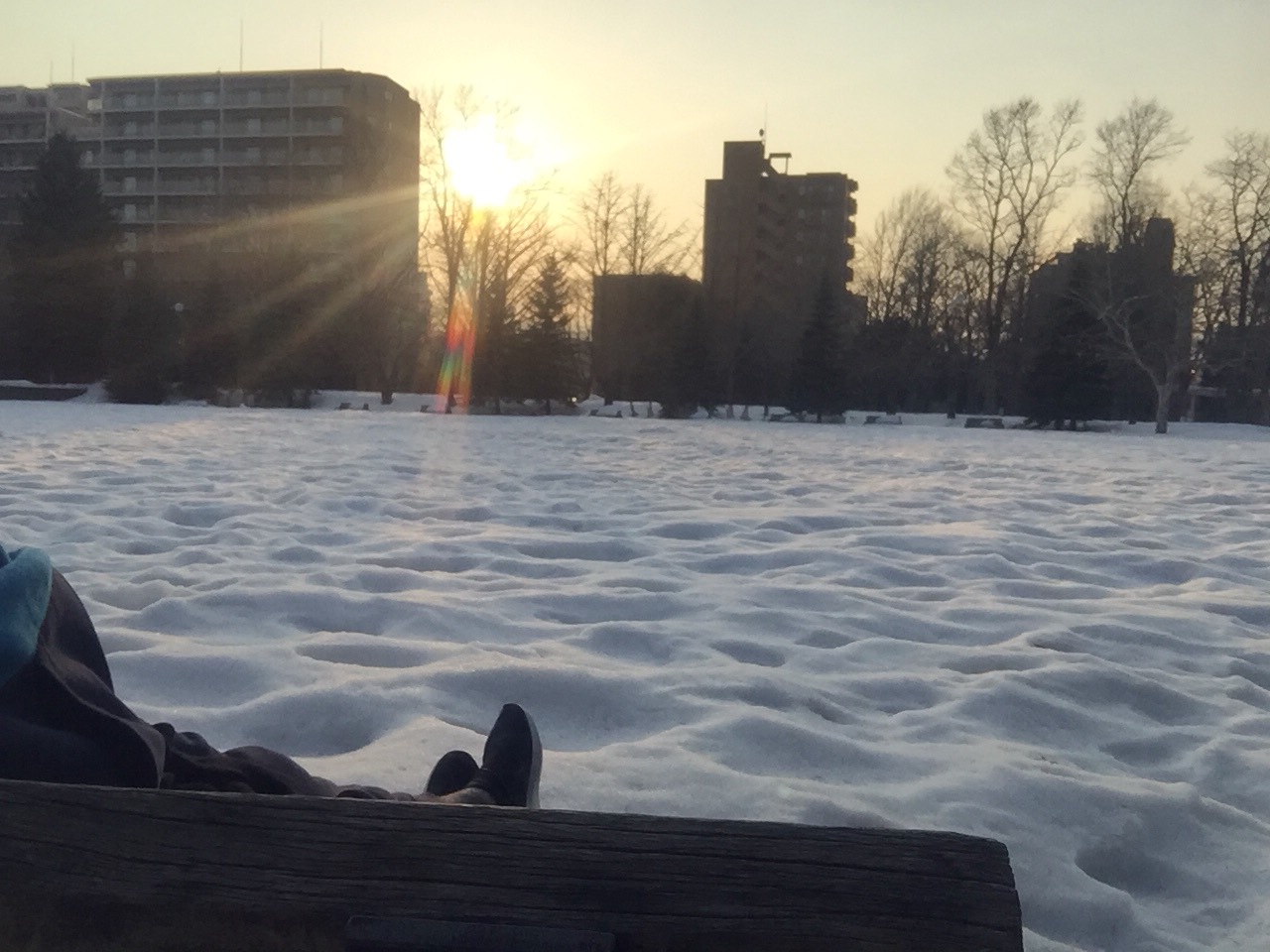 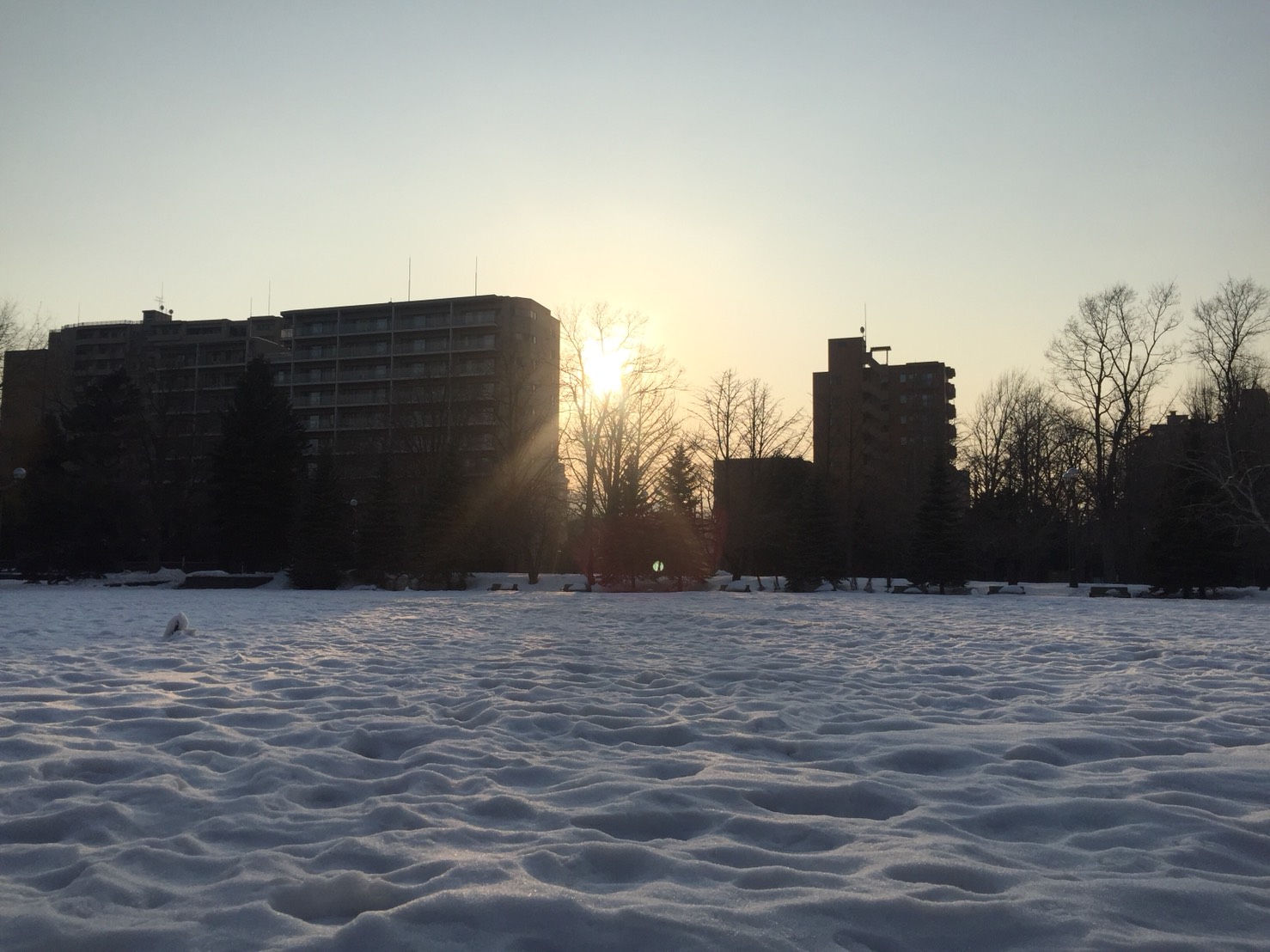 For other areas of Japan it would be unthinkable but in Hokkaido it is even soon: we are at the end of February and there is little snow left!